The clinical directors, Amiras and Dipali, are a husband-and-wife team that has settled in Cambridgeshire, after moving up from London. They met at university and fell in love not just with each other, but with the culture and the countryside of Cambridge. They spent ten years building up practices in the rural towns of March and Littleport. Then Dipali discovered a passion for interior design, far greater than the one she had for dentistry, and Amiras decided to indulge both her passion and his own ambition by purchasing Cambridge Dental and letting her talents for décor loose on it. They wanted to create something truly unique and wonderful, break down the misconception that the dentist is a difficult experience for most people. At the very heart of this vision, however, is the belief that the team is everything. They have brought together a team of skilled, talented, and passionate clinicians and staff that all share their vision. They are a family and they want their patients to feel a part of that. 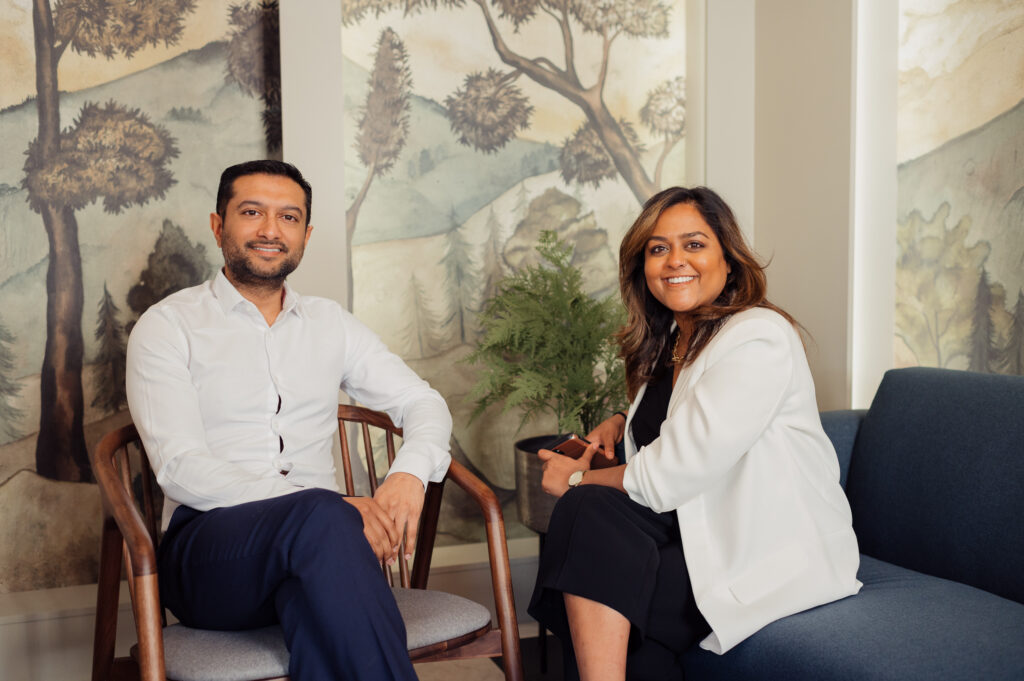 Want to learn more about becoming a patient?

You can find out more about which cookies we are using or switch them off in settings. 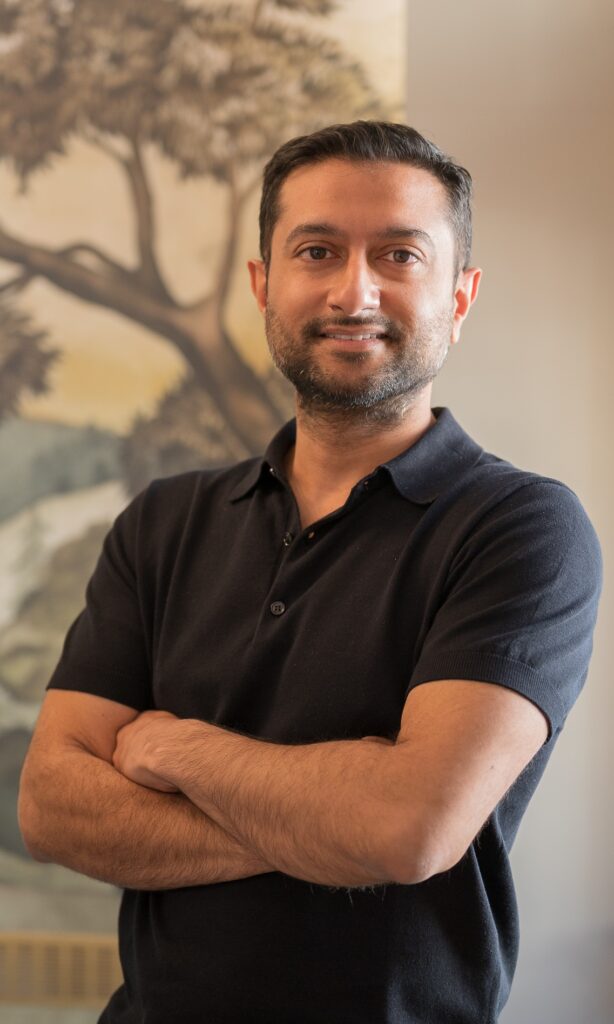 Amiras graduated in 2007 in from King’s College London. After completing his postgraduate training in Essex, he spent time as a SHO in Oral and Maxillofacial Surgery in hospital. Soon after, he took ownership of both March Dental Surgery and Littleport Dental Surgery. His ambition was to create a working environment that was not just the best for his patients but also his team, and he believed he could only do this if he was in a position to influence and make change.

His skillset lies in general dentistry, with a special interest in oral surgery and the management of patients with oral cancers. He is also an Educational Supervisor for the East of England Deanery, and has mentored many young dentists as they commence their professional journeys. As Clinical Director and Lead Clinician at his 3 practices, he does practice some general dentistry, but the bulk of his time is spent in the management of his practices. Amiras places great value on ongoing professional development, and encourages his team of about 20 clinicians to do the same. He considers it an important component of his successes within dentistry, alongside a forward-thinking and innovative approach to business development.

Outside of work, he is father to three young girls, and is happiest when he is teaching them to ride their bike or learn Spanish. His wife, and business partner, Dipali is a big support and source of inspiration to him, and together they have worked hard to build their practices and their family. He is also extremely active, cycling being one of his favourite activities. 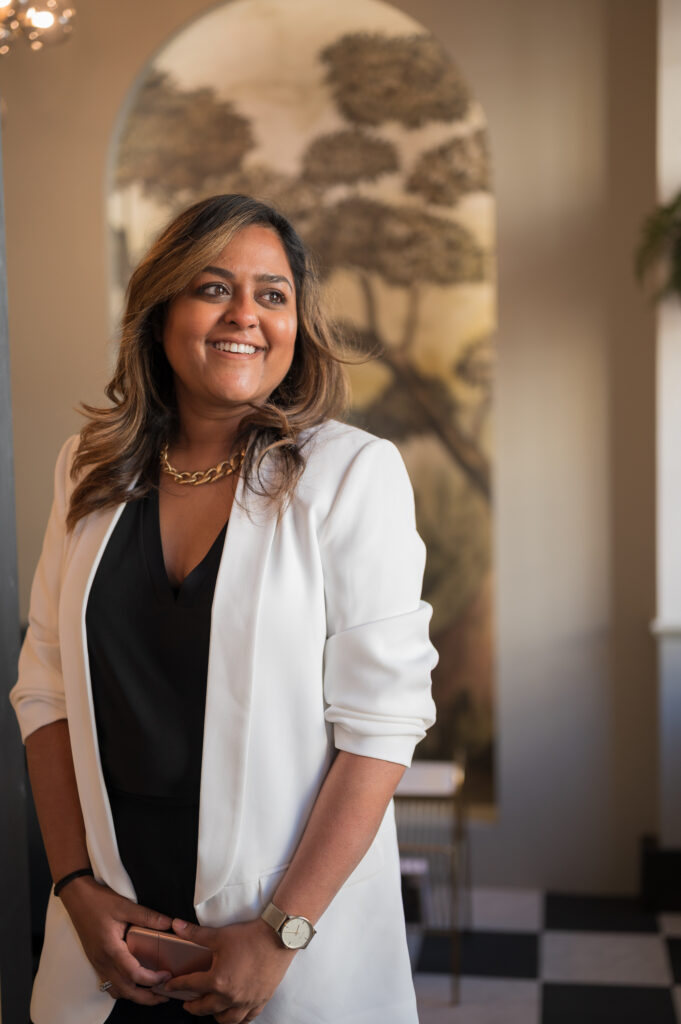 Dipali is joint Clinical Director of Cambridge Dental. She graduated in 2007 from King’s College London. She has completed postgraduate training in advanced restorative techniques as well as facial aesthetics. She is also an Educational Supervisor to graduate dentists, supporting them as they begin their professional journeys.

Although you may see her practicing dentistry, she is also the practice Lead for Staff Management and Patient Relations across the three sites.

Outside of dentistry, she is extremely passionate about interior design and has put her talents to good use not just in their family home, but also in the premises at Cambridge Dental. She wanted to create an environment that was not only calm, but eclectic and charming, so that the patients are made to feel like they are somewhere truly special.

Outside of work, apart from decorating, she loves spending time with her three daughters and husband, who has always been her biggest champion. She recently took up running, but only to compensate for her love of eating. She is proud to count everyone who works with her as friends, and draws her strength from the wonderful team and family around her. 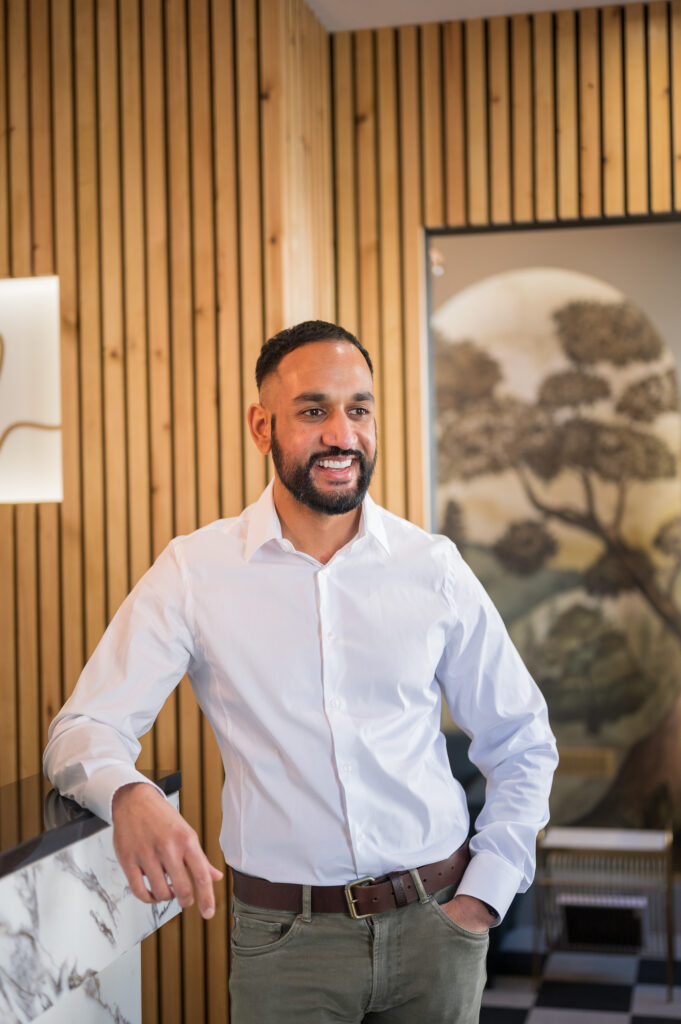 Dr. Kish graduated from Spain in 2015 and has since attended various advanced cosmetic and restorative training courses.

His skillset lies in smile makeovers using a combination of teeth straightening, whitening composite bonding and veneers. He has been awarded Elite level provider accreditation from Invisalign for the sheer number and quality of Invisalign cases he has completed on his patients. He favours minimally-invasive and ethical dentistry techniques, seeking to achieve excellent results for patients without using extensive drilling or even injections. 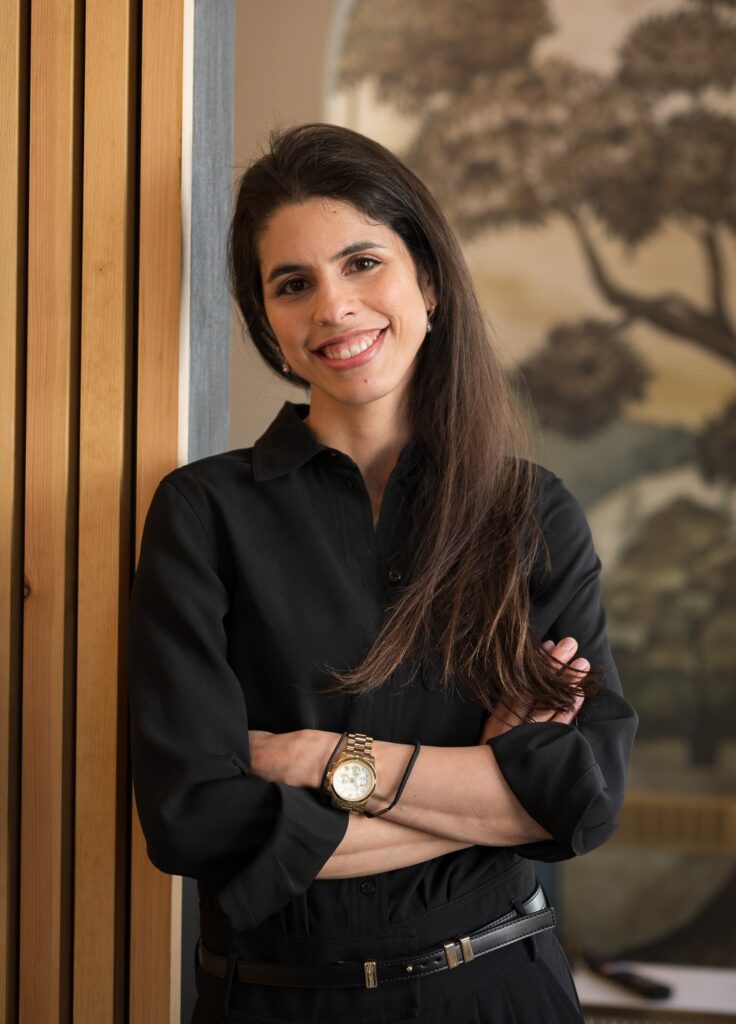 Sheylla graduated in Portugal in 2007 and has since gained Postgraduate qualifications in Periodontology, Implantology and Oral Rehabilitation and Aesthetics. She has also completed training in the field of Facial Aesthetics, and is able to deliver wrinkle-smoothing and filler treatments. She has recently qualified from a course in Digital Smile Design. As her qualifications suggest, she has a special interest in gum care and implants as well as oral surgery, and is able to handle complex oral rehabilitation cases, including implant-supported dentures. 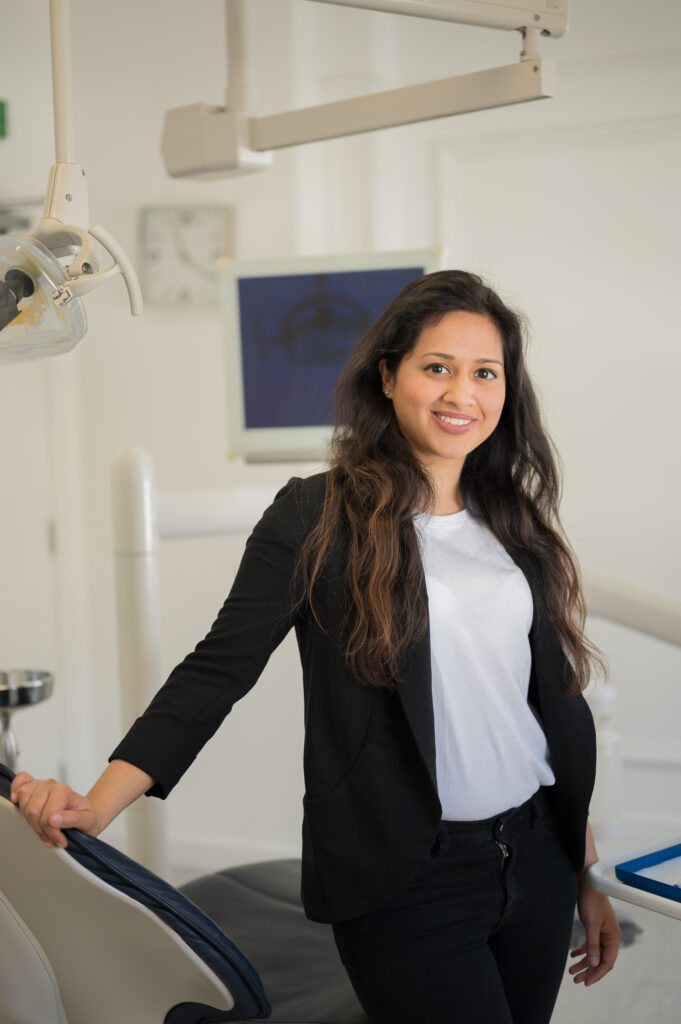 Shreena qualified from the University of Leeds in 2014 and started her career journey under the wing of Cambridgeshire Community Services gaining experience in special care dentistry and oral surgery. She has a Masters in Conservative Dentistry from the prestigious Eastman Dental Institute in London.

She has a holistic approach to dentistry and practices minimally invasive techniques. Her special interests lie in the management of tooth wear cases, restoration of implants, teeth whitening and composite bonding. 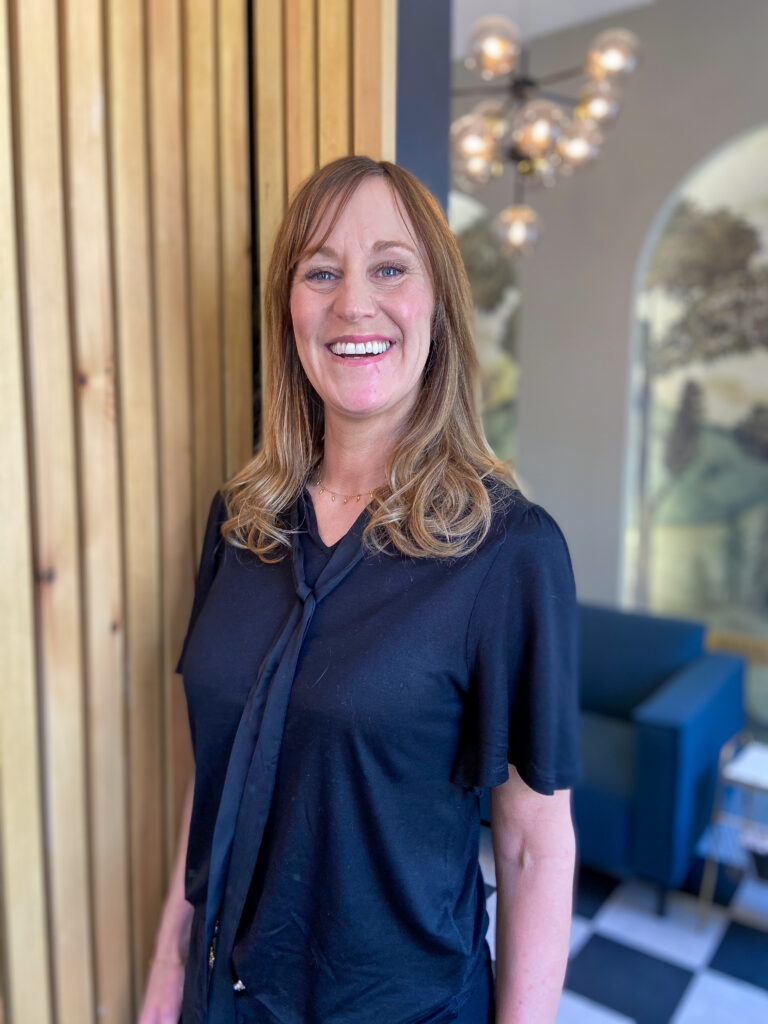 Sam, as she likes to be called, has worked in dentistry since leaving school, first as a dental nurse in the Royal Air Force for various practices in the country and in a hospital in Germany, and then as a Dental Hygienist after she qualified with a Dip Dent Hyg from Dundee in 2001.

After all the travelling, she decided to settle in Cambridge in 2013 and has since brought her skills to Cambridge Dental. She is passionate about her job and promoting oral health. She loves very much when her patients return with improved health and confidence following treatment and advice she has provided.

Outside of work, Sam is passionate about her physical health as well as her dental health and enjoys the gym, spinning, more recently on her Peloton, and circuit training. She has a keen interest in reading and cooking as well as a sharp sense of humour and is much loved by her family, friends and team members. 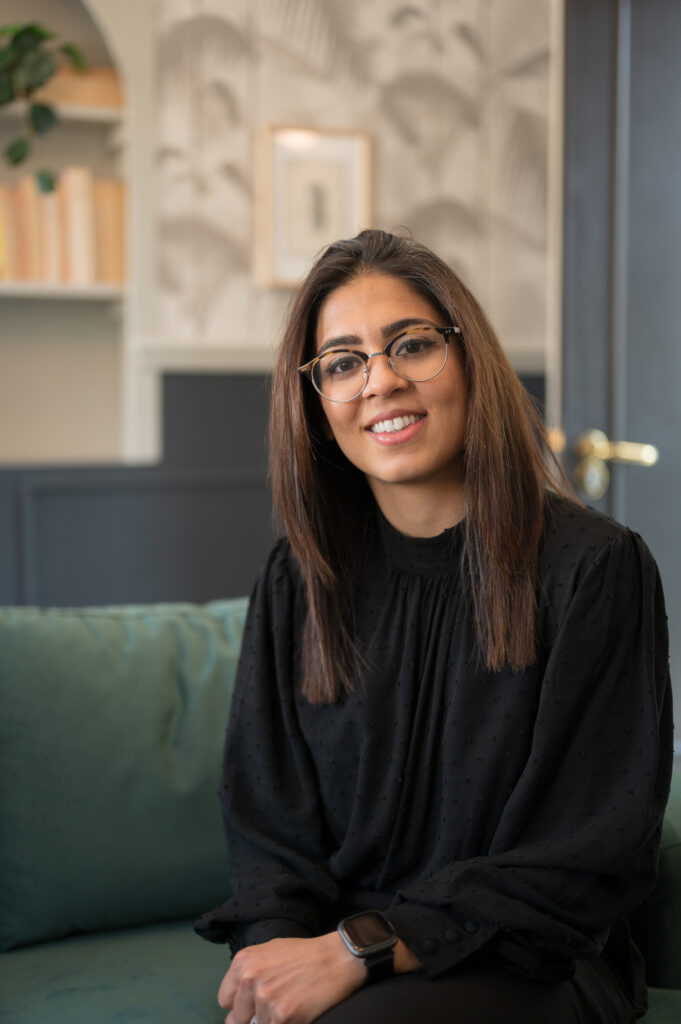 Geeta qualified in 2016 from Newcastle University and is a general practitioner with a passion for aesthetic dentistry. Geeta has invested a lot of time on numerous advanced cosmetic courses and her strengths lie in cosmetically-led procedures, including teeth straightening using clear aligners, composite bonding, whitening and veneers.

Even though she has a great sense of humour and an infectious laugh, she is calm and methodical in her approach to dentistry and is especially good with anxious patients. 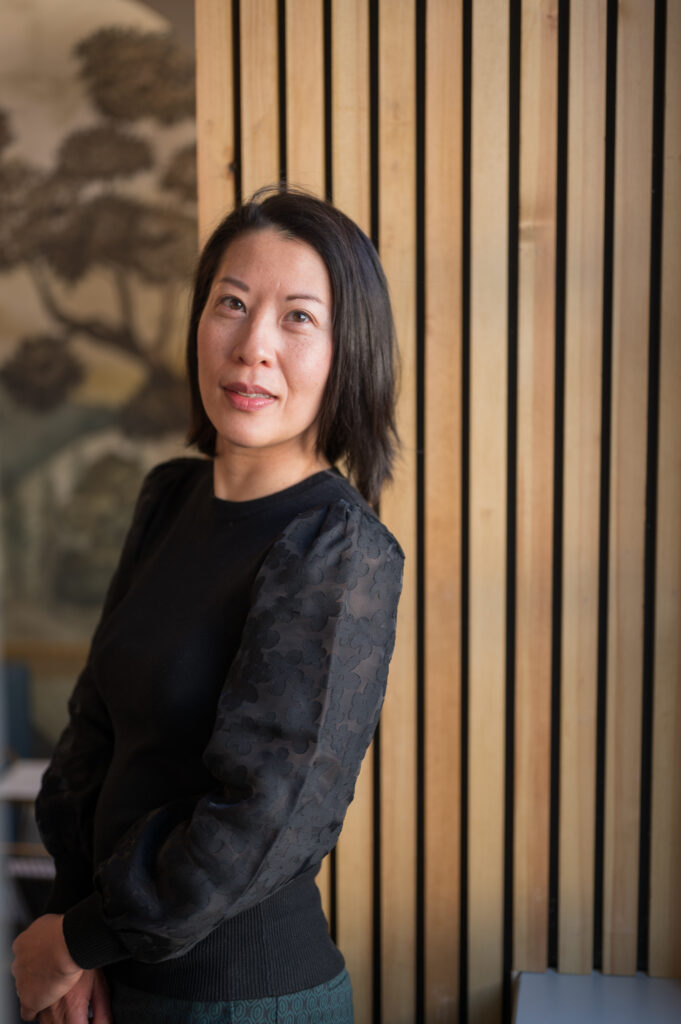 Dr. Kat graduated from King’s College London in 2001 and has since gained Specialist accreditation in Fixed and Removable Prosthodontics, as well as special interests in Implants, Conscious Sedation and Oral Surgery. Upon these qualifications, her dentistry is focused on the rehabilitation of those mouths that are broken down or have bite and/or wear problems.

She works closely with other Specialist Dentists in Wimpole Street, West London and in the East of England and her aim is to deliver the most complex dentistry in the most gentle of ways, and welcomes referrals from all clinicians, near and far. 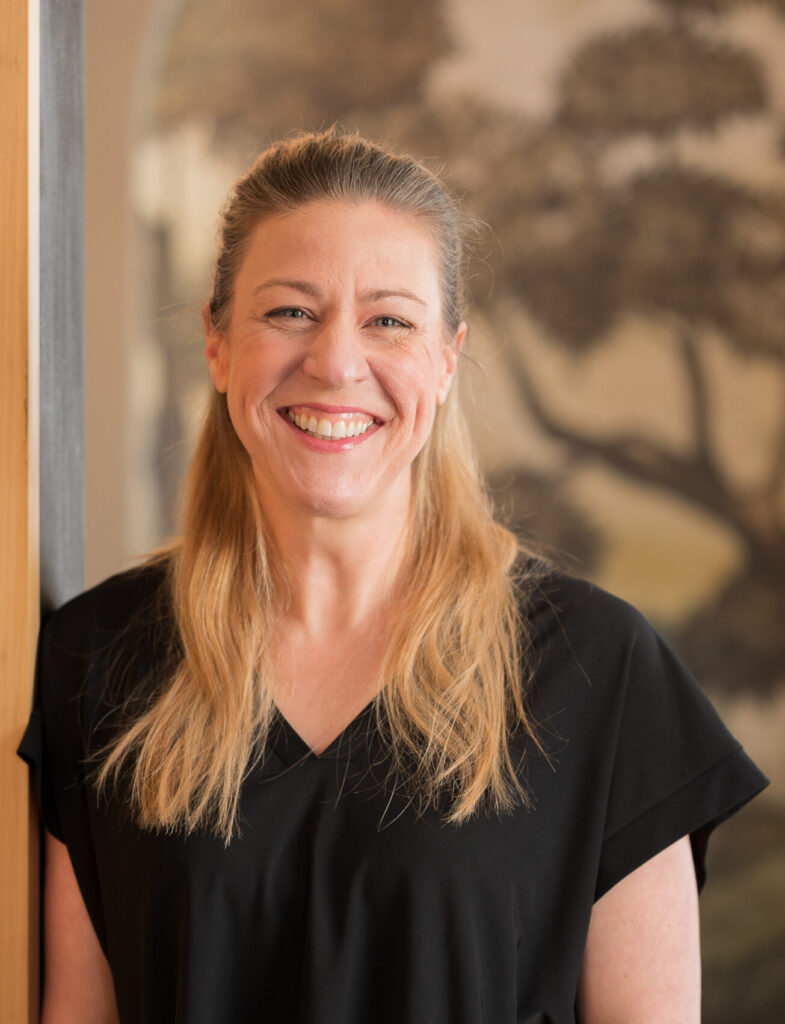 Katie qualified as a Dental Hygienist and Therapist in 2013 from King’s College London.

She is keen pursuant of ongoing professional development and has obtained both the experience and the qualification to deliver an elite level of care looking after the gum health and oral hygiene of her patients.

She promotes herself not just as a clinician but as an oral health educator, supporting patients to look after their own teeth in better ways. She is very experienced with nervous patients and loves nothing more than helping them overcome their anxieties an get them smiling with confidence.

Outside of work Katie enjoys spending time with her family and friends. She also loves the gym and quilting in her spare time. 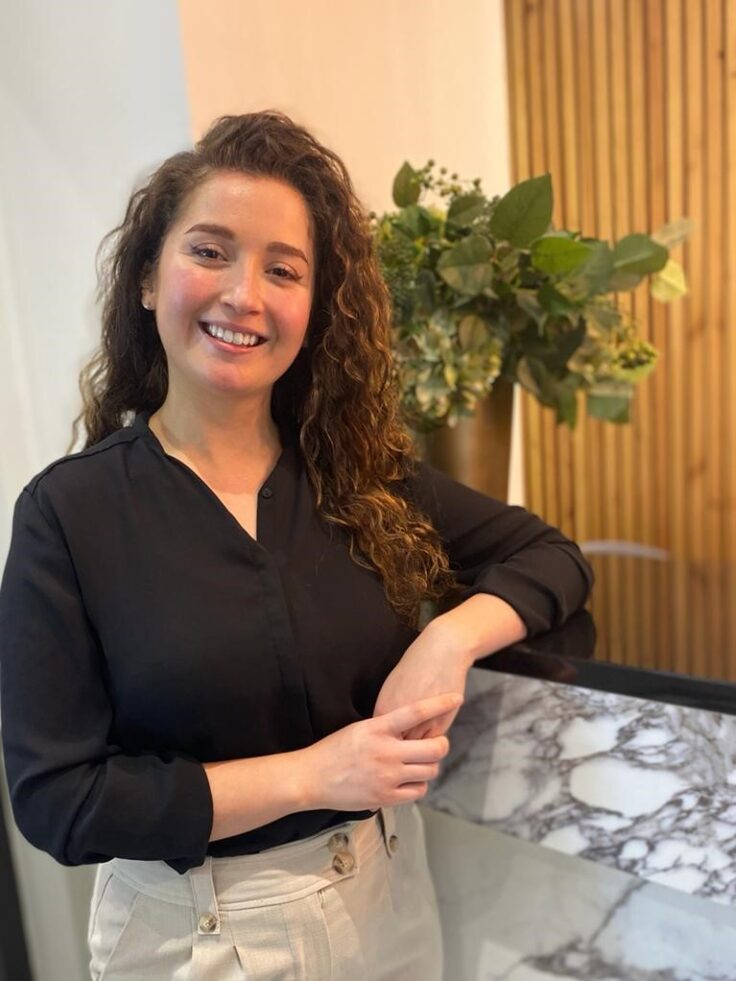 Teresa qualified as a Dental Hygienist and Therapist from the University of Birmingham in 2020.

She is passionate about educating her patients on how to improve their oral health and believes the first step to preventing gum disease begins at home.

She is a strong advocate for empowering patients and enjoys teaching them simple and effective steps they can incorporate into their daily routine.

Teresa understands the anxiety that is often associated with visiting the dental practice. With her gentle and caring manner she is able to allow patients to work through their nerves and become comfortable in the dental setting.

In her free time, Teresa enjoys spending the day outdoors and likes to try out new hobbies- be it crochet, watercolours or pottery painting. 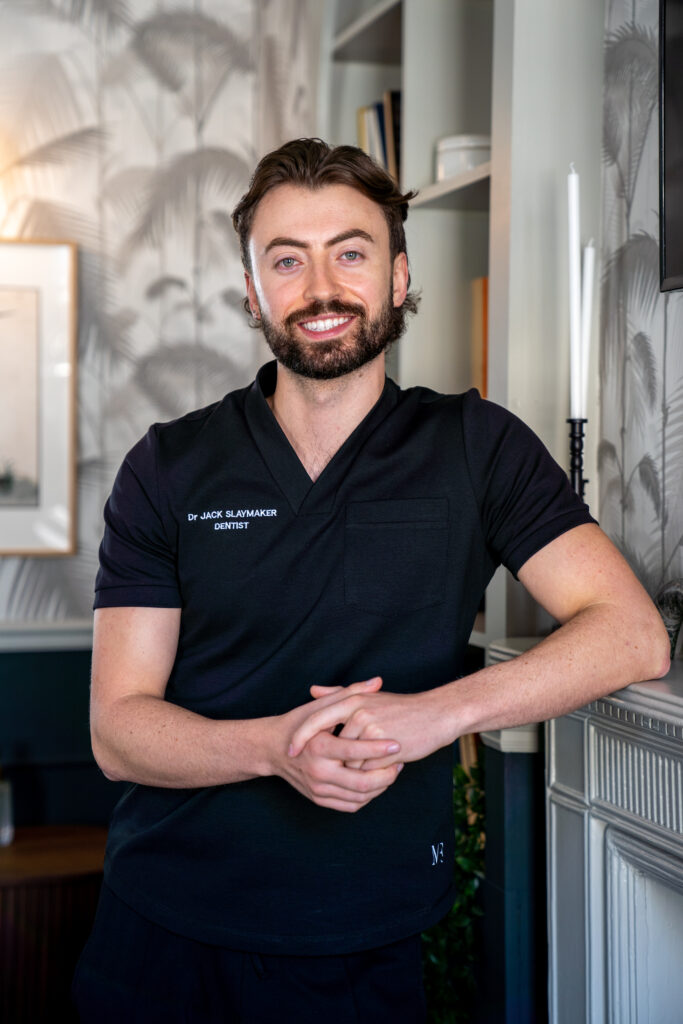 Jack graduated from Plymouth in 2019 and has since worked to develop his skills in cosmetic dentistry. Having grown up in Cambridge, there was no better place to come back to work and live than the city he loves.

Jack is passionate about the ability to cultivate his skills toward dental artistry, while providing a comfortable and welcoming environment for both patients and those around him. In this pursuit Jack plans each case meticulously so as to be as minimally invasive as possible and to provide the best results for all patients. His driving force is to see his patients’ lives and confidence transformed.

Outside of Dentistry, Jack is a keen traveller and enjoys anything that involves adrenaline. Having been bull riding and sky diving he’s always on the lookout for his next adventure. Jack also enjoys socialising with friends and is partial to a Gin and Tonic.

This website uses cookies so that we can provide you with the best user experience possible. Cookie information is stored in your browser and performs functions such as recognising you when you return to our website and helping our team to understand which sections of the website you find most interesting and useful.

Strictly Necessary Cookie should be enabled at all times so that we can save your preferences for cookie settings.

If you disable this cookie, we will not be able to save your preferences. This means that every time you visit this website you will need to enable or disable cookies again.